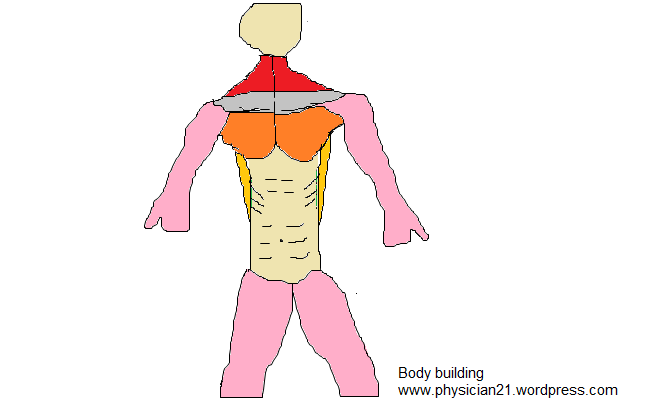 It is not infrequent to liken some human abilities and characters to those of animals. Brave like a lion, sharp sighted like a falcon, honest like a dog, active like a bee, patient like a turtle, fast like a tiger and so on. My idea about body building now does not fall far from this theme. Human body may also arouse thinking of particular animals especially on making proper body building. The trapezius muscle can be likened to some shellfish or a turtle. The deltoid muscle gives a contour like that of a falcon. The pectoralis major raises the breast like that of a lion. The serratus anterior has finger-like processes like opened wing of an eagle, while the latismus dorsi muscles make two pillars resembling an erect and proud cobra. As it may seem now that with body building a human body can represent a full board of brave, graceful and deadly animals. This positive impression about body building would neutralize its mere materialistic aspect, and hence intended abandonment, by many intellectual and sensitive persons. Indeed, as learnt from experience mental and moral powers do need physical power to execute good intentions and moral tasks. As a physician, for example, rescuing badly ill patients may necessitate physical effort comparable to that done by Olympic sportsmen.

Body building requires good and balanced diet including milk, nuts, cereals, vegetables and fruits and regular aerobics. It is also important to adjust the type and quality of the food and exercises to suit the individual’s condition with respect to age and health state.