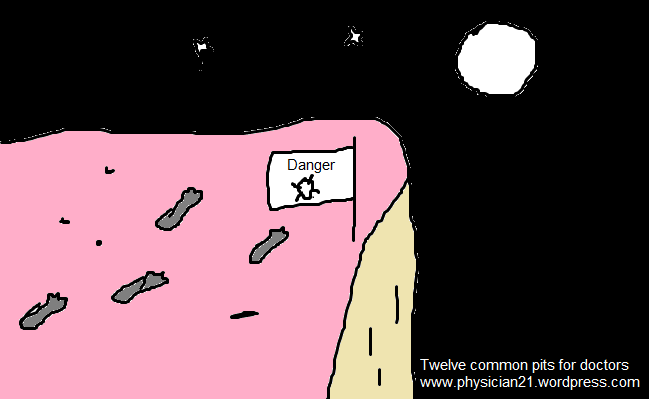 The relation between the treating doctor and the patient relies basically on mutual trust, respect and dignity. Some psychological element in the response of patient to treatment may be agreed on in this context. However, despite this fundamental requirement for such saintly doctor/patient relation some pits or traps may happen from either side.

Pits from doctor’s side:
1- Patient extortion is a striking sign of corruption when a doctor extorts money or other things from a patient so that the medical service would be provided.
2- Doctor’s egoism may manifest as a doctor cannot tell a patient that he/she does not know how to manage the case or when another more conservative decision has to be made as the case progresses favorably.
3- Defaming other doctors may be immorally made as a habit by some doctors in order to persuade patients to comply with their prescriptions or decisions.
4- Effecting vague symptoms is quite dangerous because many complaints, especially those made by parents in respect to their young sick kids, are exaggerated and need to be tested very carefully.
5- Effecting unclear medical directions given by some senior staff members can expose both patient and young doctor to undesirable and even fatal consequences.
6- Trying insufficiently tested approaches that may be potentially harmful.
7- Reluctance or dispensing with asking for help of other persons, colleagues or more experienced staff members.
8- So-called recommendoma circulates sometimes among doctors, usually as a bad omen, that patients recommended from some medical staff members or personnel would progress unfavorably.
9- Patient’s psychological insult by exaggerating the severity of the case, giving unduly too much medicines or resorting unduly to invasive approaches, e.g. injections.

Pits from both doctor and patient:
1- Driven treatment fault is almost likely to happen when a patient or relative of a patient persuades a doctor to provide some medical service which the doctor accepts on grounds of curiosity and professional itch rather than on scientific and ethical grounds. This problem aggravates in absence of appropriate assistance by other medical staff members.

Suggestion:
The physician has to be keen on having the morals and attitude complying with the highly beneficent message of the medical profession through careful self-judgment and self-criticism and being well acquainted with the relevant ethical and social issues beside the up-to-date available medical knowledge.

The choice and success of the academic and professional career is largely dependent on the way it is handled. In "physician21.wordpress.com" I wish to handle the medical profession in an attractive way that would grasp a bit "about medical tacts and talents". Let's try it. View all posts by physician21